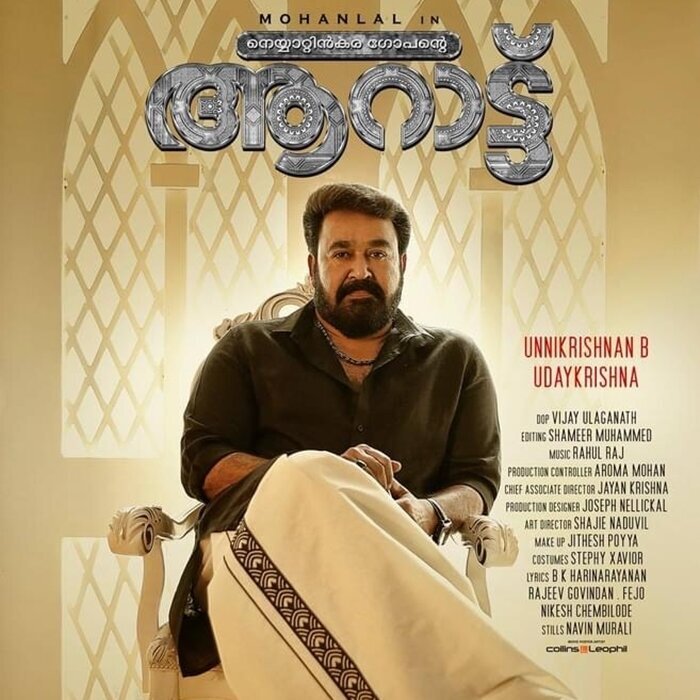 One sight a Malayalam cine-goer will never get bored off is seeing Mohanlal in a massy avatar wearing mundu and shirt. The makers of Aaraattu had released one such poster recently in which a super flexible Mohanlal was seen in a kalari pose wearing black shirt and mundu and the poster took the social media by storm. 'Aaraattu' is penned by Udayakrishna, the writer of malayalam's first 100 crore movie Pulimurugan and its the 5th time Mohanlal and B Unnikrishnan are joining hands for a movie. Aaraattu is also the first mass masala entertainer in B Unnikrishnan's career and all the more reason for Aaraattu's hype is that KGF's villian Ramachandra Raju is playing the antagonist in this movie. Aaraattu also has popular Kannada- Tamil actress Shraddha Srinath and Bahubali fame Kala Prabhakar in it's cast. Aaraattu is produced by director B Unnikrishnan himself under his banner RD Illuminations along with Sajeesh Manjery. A day shoot is pending for this film and the makers are targeting a release Aaraattu during Onam as the film is expected to have all the necessary ingredients to become a massive festival entertainer.