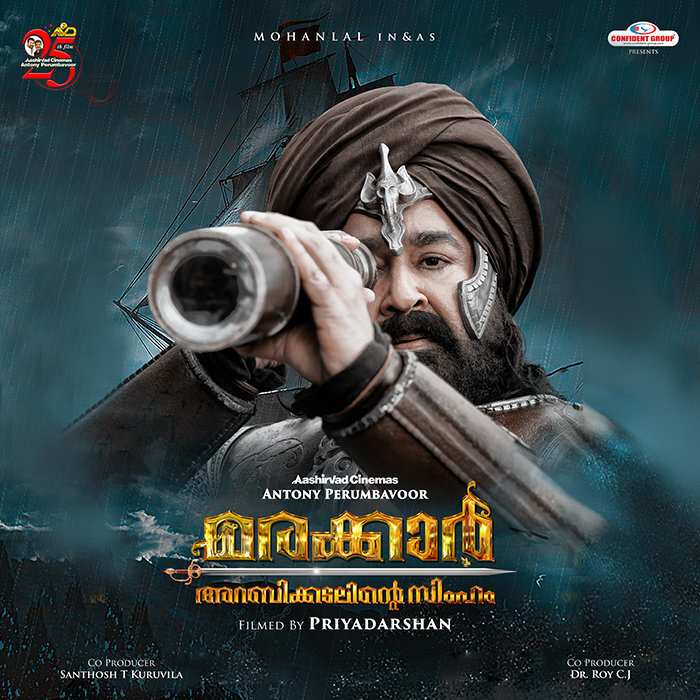 Marakkar: Arabikadalinte Simham starring Mohanlal and directed by Priyadarshan will hit the cinema halls on May 13, 2021. There are millions of fans around the world who are patiently waiting for this movie, especially since it was revealed as the most expensive movie in the history of the Malayalam film industry. The film is produced by Aashirvad Cinemas with Moonshot Entertainments and Confident Group as co-producers. The movie feature an ensemble cast including Manju Warrier, Keerthy Suresh, Pranav Mohanlal, Kalyani Priyadarshan, Nedumudi Venu, Mukesh, etc. Bollywood star Sunil Shetty, Kollywood stars Arjun Sarja and Prabhu are also part of this period action drama. Set in the 16th century, In Marakkar Arabikadalinte Simham, Mohanlal portrays the courageous life-events of naval chief, Kunjali Marakkar the fourth, who fought against the Portuguese in the ancient times. The film revolves around him who was also the first Indian Naval Commander and Indian freedom fighter for the war against the Portuguese. The cast and crew has promised the film to be one with incredible visuals, storytelling and acting. The news of it's release date came as a big relief for the movie goers arounds the globe who were disappointed that the highly-anticipated film had been delayed for over a year due to the pandemic.