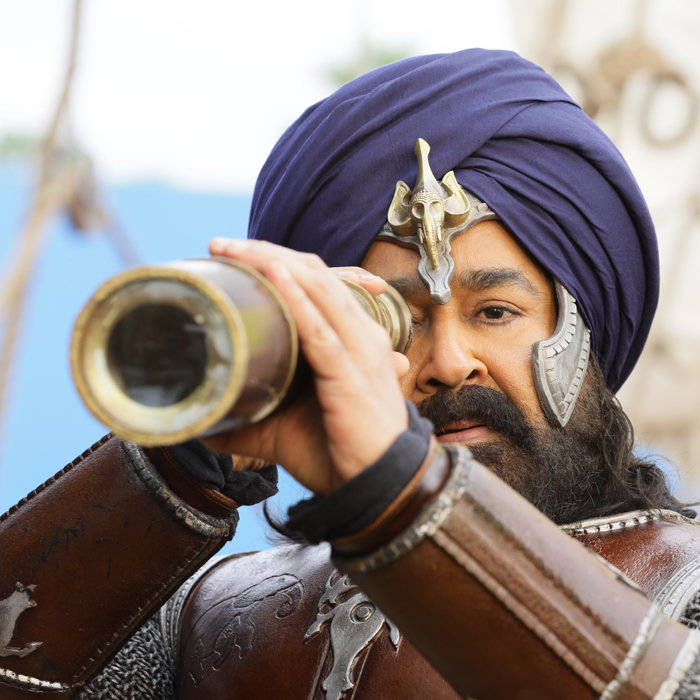 One tremendous wave of a movie is coming through its way as ‘Marakkar- Arabikadalinte Simham’, which is one of the most aspired projects of Priyadarshan, has finally begun its shoot. The movie starring Mohanlal, is a historical action-thriller which narrates the story of a valiant naval chief of the 16th century. Paving way to turn heads, the very film bears a golden budget of 100 Crore and that itself marks its very first time in the Malayalam Film Industry. The movie is produced by Antony Perumbavoor under the banner of Aashirvad Cinemas and co-produced by Santhosh T Kuruvilla and C.J Roy. Thiru has dealt with the Direction of Photography and Sabu Cyril, with its Art Direction. ‘Marakkar - Arabikadalinte Simham’ is not only star studded with prominent actors like Arjun and Prabhu, but also those from the Bollywood bunch of stars. On an equally interesting note, the very movie has placed Pranav Mohanlal, Kalyani Priyadarshan and Keerthy Suresh in the co-stars’ panel. The shoot has been going on, ever since Mohanlal joined the sets, and in short, the iconic Priyadarshan-Mohanlal duo is back again to bag huge applauses!