Bro Daddy - The Mohanlal-Prithviraj duo is Back 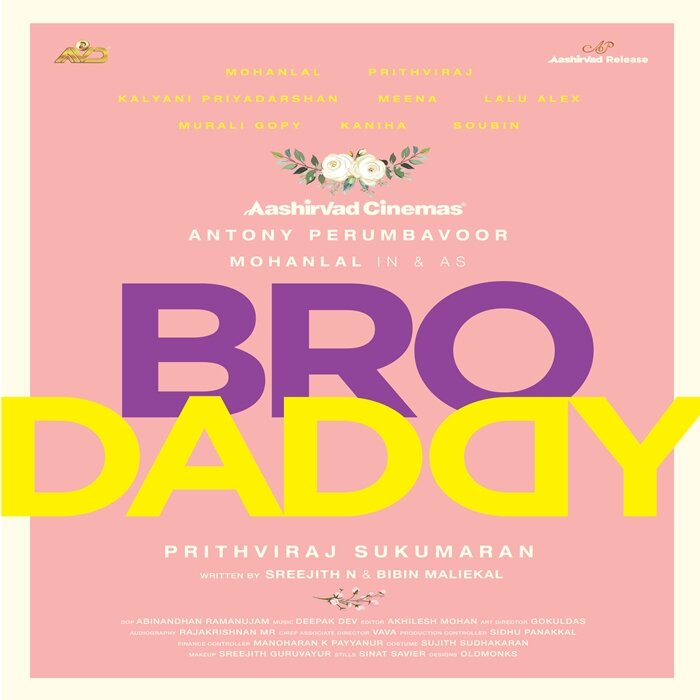 ‘Bro Daddy’, the second directorial of Prithviraj Sukumaran is an eagerly-awaited Mohanlal starrer and fun-filled family movie produced by Antony Perumbavoor. While Mohanlal plays the lead, Prithviraj also joins the flick as a major character. The film is said to be rich in its casting with Mollywood’s favourite supporting actors like Meena, Lalu Alex, Kalyani Priyadarshan, Murali Gopi, Kaniha, and Soubin Shahir. The title along with the first looks of Bro Daddy are suggestive of the light and merry thread that the film is. Bibin Maliekal and Sreejith N are the scriptwriters of Bro Daddy, which is cinematographed by Abhinandan Ramanujam who is known for his works like Amen, Nine and Chaturmukham. The music for the film is composed by Deepak Dev. Akhilesh Mohan is the editor of Bro Daddy and its art works are handled by Gokuldas.