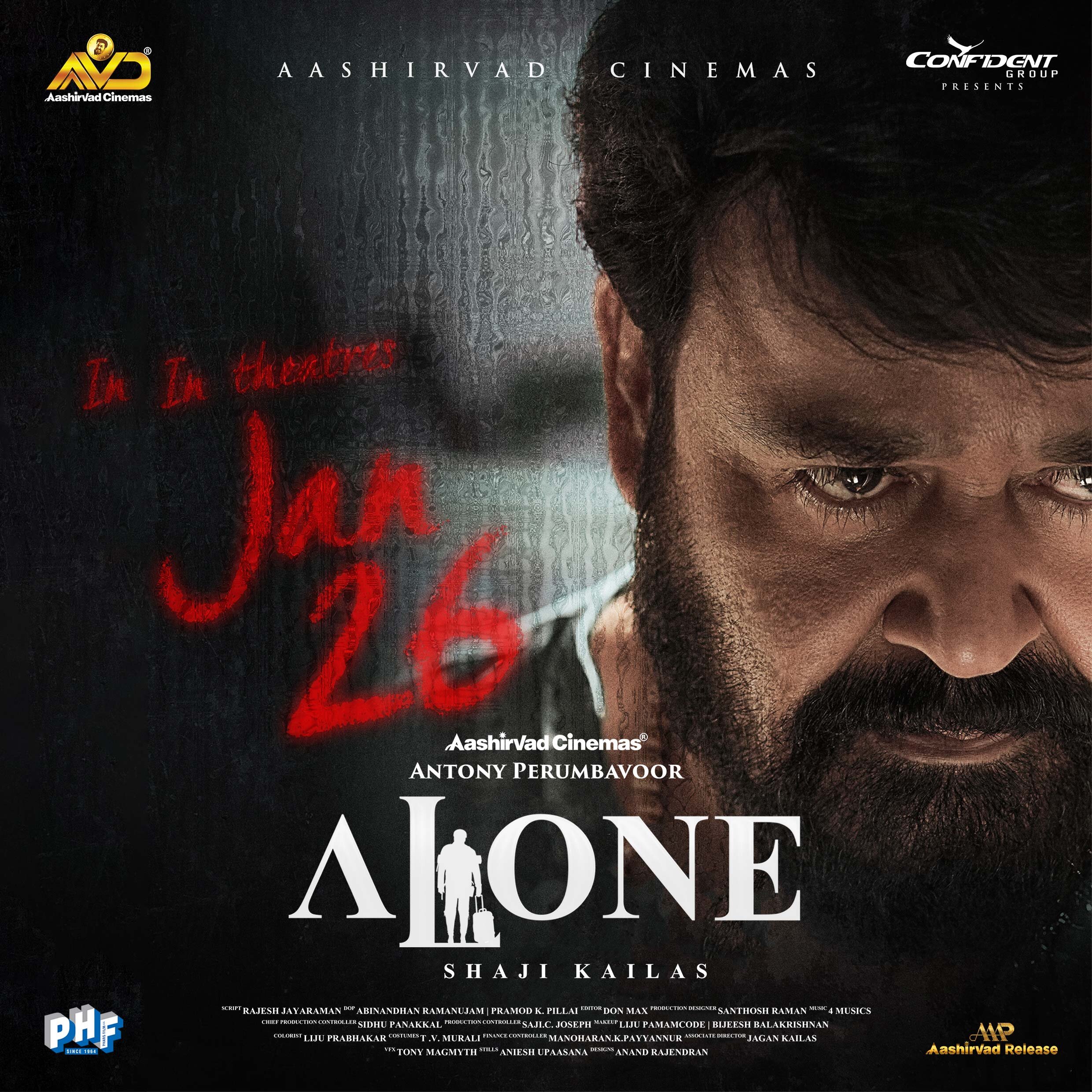 On January 26, Mohanlal and Shaji Kailas' Alone will be released. The movie is a one-man thriller drama and is touted to be an experiment and will only have Mohanlal on the screen. The remaining character presence is only through voice and will have Siddique, Renji Panicker, Prithviraj Sukumaran, Manju Warrier, Mallika Sukumaran, and Zeenath. The film marks the collaboration of Mohanlal with Shaji Kailas after a gap of 12 years. Alone is a pandemic-based movie that discusses the struggles of a man stranded in quarantine. The movie is scripted by Rajesh Jayaraman and produced by Antony Perumbavoor under the banner of Aashirvad Cinemas. 4 Musics composed the music, and Don Max has done the editing.