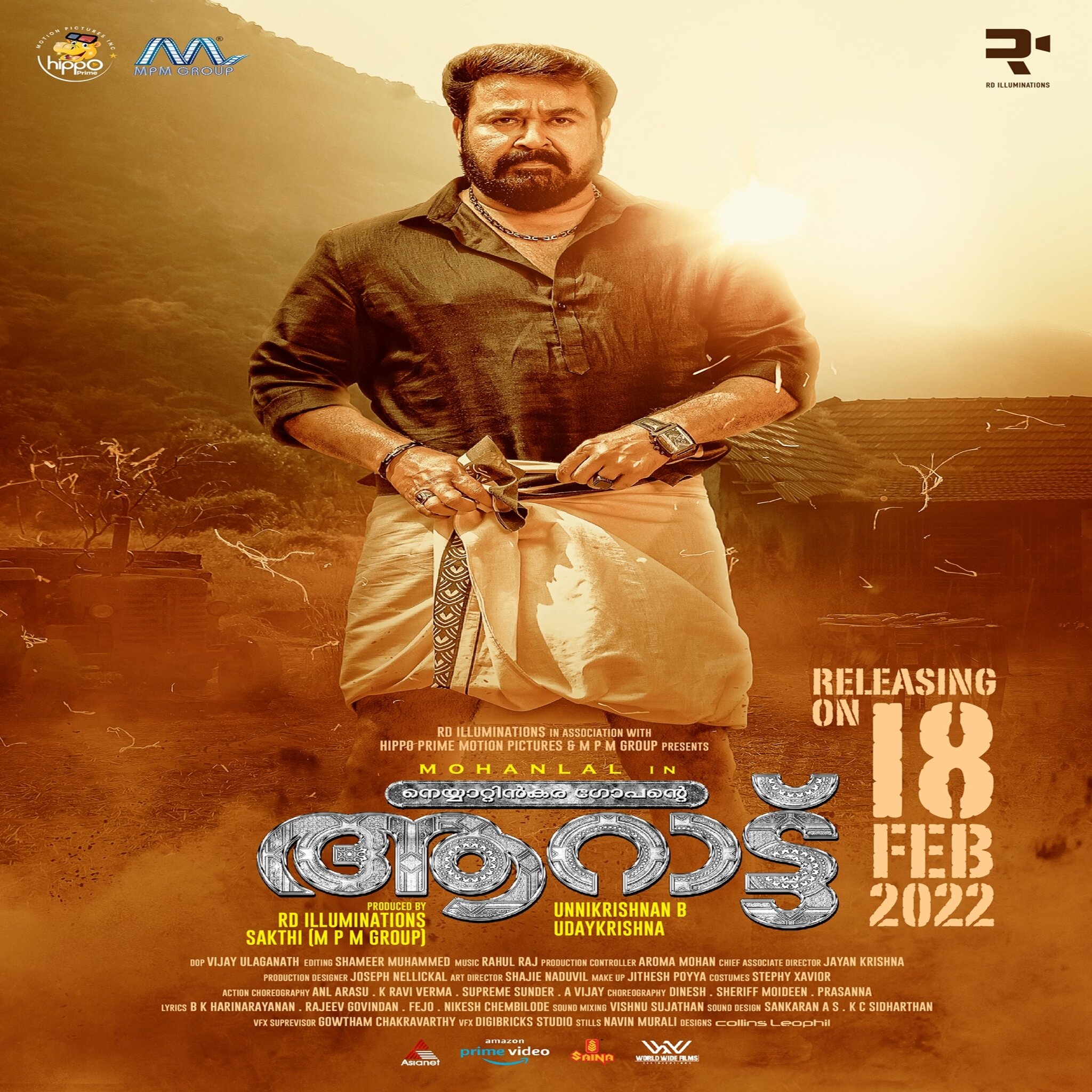 Aarattu is a much awaited action-thriller  starring Mohanlal in the lead role as Neyyatinkara Gopan, it is directed by B Unnikrishnan and written by Uday Krishna. Other important characters in the film are played by Nedumudi Venu, Siddique, Saikumar, Indrans, Malavika Menon, Shraddah Srinath and Rachana Narayanankutty. The original songs and background theme were composed by Rahul Raj and a song was partly composed by AR Rahman as well. The story is set in Chittur, Palakkad, where an eccentric and wealthy man named Neyyatinkara Gopan buys large plots of land and the story progresses from there. This mass entertainer is set for a worldwide release in theatres from February 18th, 2022.